A Look at 5 Big Tech Partnerships in Insurance - Ancileo

A Look at 5 Big Tech Partnerships in Insurance 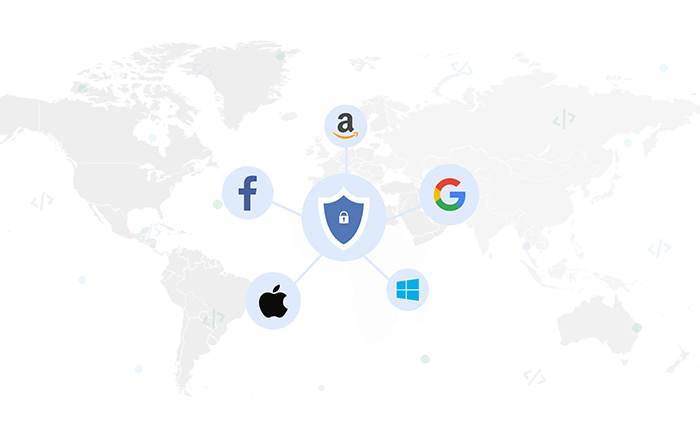 Big Tech has been making major moves into insurance over the last half-decade, and signs suggest that their interest in the space will only surge in the coming years.

Many investments and partnerships made by Big Tech in insurance and insurtech companies have been into digital health initiatives.

That is set to change however, as recent partnerships have seen these tech titans venture into other insurance types, such as auto, life, and property and casualty (P&C) insurance.

From analytics-driven precision insurance to wearables tie-ups, take a look at some Big Tech partnerships with insurers and insurtech firms.

1. Google’s partnership with Swiss Re

In 2020, Coefficient Insurance, a subsidiary of Alphabet’s life sciences and healthcare arm Verily, launched an insurance partnership with Swiss reinsurance giant Swiss Re.

These solutions are designed to provide self-funded employers with benefit plans that are more predictable and less cost volatile.

Under the partnership, Coefficient Insurance can leverage Verily’s strengths in hardware, software and data science integration, as well as take advantage of Swiss Re’s expertise and reputation.

By tapping on these advantages, Coefficient Insurance gains access to resources that enable it to further enhance its analytics-based underwriting.

Smart home technology was gradually becoming popular in the early 2000s, but adoption of smart home devices was slow back then. Product differentiation was also a challenge in the increasingly crowded smart home device market.

In this context, Google Nest’s collaboration with American Family Insurance and Liberty Mutual Insurance was essentially a win-win.

For insurers, the deal enabled them to tap on the Google Nest devices and offer more differentiated pricing for their customers.

Liberty Mutual, for example, offers additional discounts to customers if they opt to electronically share the operational status of their Nest Protect device.

Ecommerce is all about keeping customer stickiness high. In India, ecommerce players like Amazon and Flipkart have taken their battle into the insurance space in a bid to get customers to stay longer on their platforms.

For US ecommerce juggernaut Amazon, one way to stay toe-to-toe with the competition is a partnership with Indian digital insurer Acko.

Under the partnership, Acko will underwrite all agreements for Amazon customers who sign up for auto-insurance via the ecommerce firm’s app or website.

Insurance premiums for policies will also have lower premiums, and customers can expect to be issued their policies instantly thanks to Amazon’s digital infrastructure.

The first life insurer in the US to offer an Apple Watch as part of its policies, John Hancock found a winning deal in its partnership with Apple.

Under their partnership agreement, John Hancock will offer Apple Watches to customers who participate in the John Hancock Vitality program.

Customers who sign up for the Vitality program can not only get an Apple Watch for a steeply discounted $25, but also enjoy 25% off their insurance premiums.

Too keep the devices for free, they’ll need to exercise regularly for two years.

The partnership opens a new sales channel for Apple’s wearable devices. For John Hancock, throwing in an Apple Watch together with its insurance policies has helped it attract new customers.

Other partnerships that leverage on Apple wearables include a tie-up with medical insurer Aetna, as well as US health insurance firm Humana.

Facebook has been more muted in its insurance plays, but the firm’s push for greater financial inclusion in India via partnerships between local banks and its chat app subsidiary Whatsapp could eventually pave the way towards insurance.

According to WhatsApp India head Abhijit Bose, the firm plans to “help simplify and expand” banking services to rural and lower-income segments in the country. At the same time, it plans to also “expand pilot projects with … partners to cover financial services” – insurance among them.

Currently, WhatsApp is partnered with ICICI Bank, the State Bank of India, Axis Bank, as well as HDFC Bank.

During Facebook’s Fuel for India event last year, WhatsApp also made clear its aim to launch health insurance and micro-pension products via its messaging platform through tie-ups with existing financial services firms.

Microsoft has been doubling down on its cloud business play in recent years, and one way it plans to solidify its lead over the competition is to partner with insurers.

Under a strategic partnership with Syncier, the B2B2X insurtech arm of German financial services firm Allianz, Microsoft will play a key role in Allianz’s efforts to digitally transform the insurance industry.

Beyond other partnerships with other multinational insurers such as Swiss Re and Munich Re, Microsoft also collaborates with insurtech companies. One example is its tie-up with French insurtech firm Tinubu Square to provide enhanced digital insurance solutions.